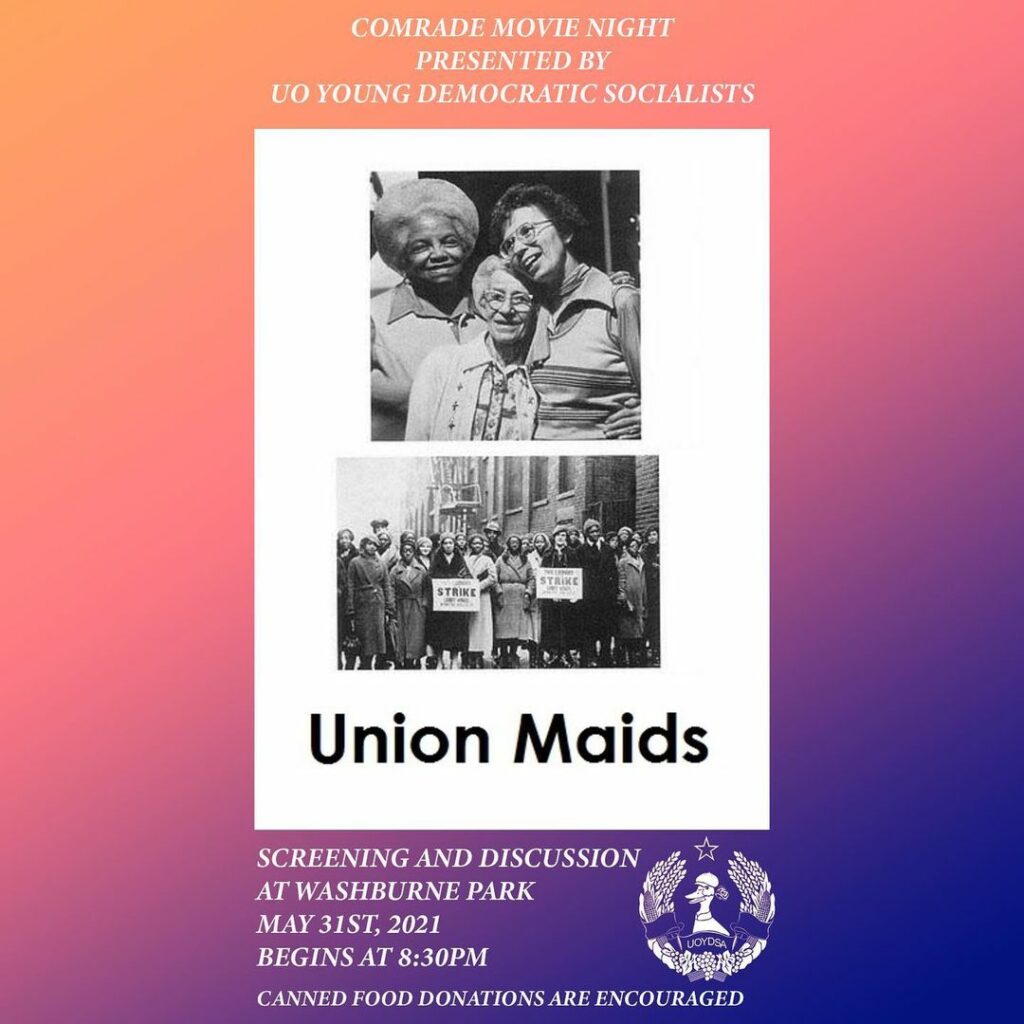 Come join us for our latest Comrade Movie Night screening of the 1976 documentary “Union Maids”! Nominated for the Academy Award for Best Documentary Feature in 1977 and directed by Academy Award winning documentarian Julia Reichert along with Jim Klein and Miles Moguelscu, the film tells the stories of three women who were radical labor activists during the 1930’s. We hope to see you there!